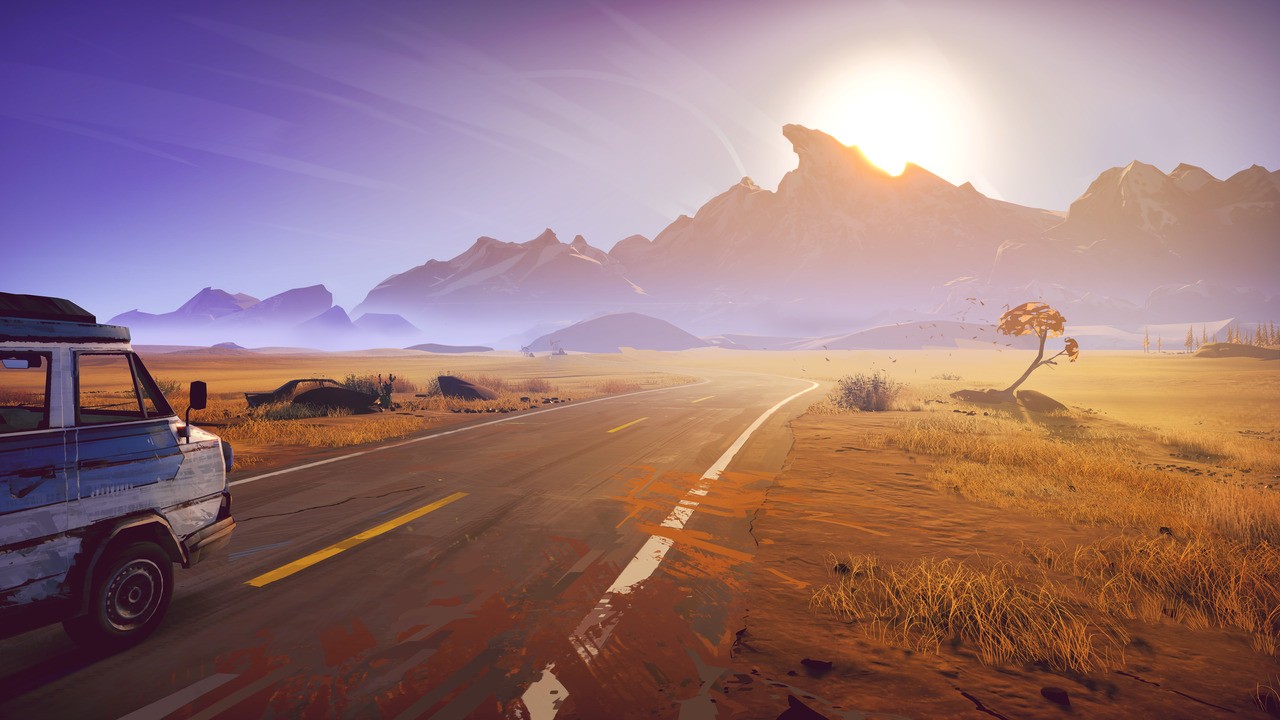 At the height of an intense, fictional presidential election, Road 96 is about both escape and discovery. Procedurally generated scenarios dictate your objective to leave the country by crossing its northern border, but the characters you meet along the way make those journeys fruitful ones. While repetition does start to creep in, Road 96 is a political trip worth taking.

The set-up is this: teens up and down the country are trying to escape across the northern border, and you’ll play as many of them throughout your playthrough. With a life meter to manage and just a few dollars to your name, you must hitchhike there. The people who pick you up are consistent across every run, and this is where the game tells its deeper stories. You’ll meet a cop struggling to hold a relationship with her adopted son, two bandits hunting down a proposed killer, and then that apparent murderer. There are many more faces to the story, but all feed into the political battle at the title’s heart.

Dialogue options are your main mode of interaction, with other minigames forming enjoyable distractions along the way. Through cunning, knowledge, and a few perks unlocked through progression, you’ll learn more about the characters and better your chances of surviving the trek up to the border. It may seem basic, but Road 96 remains engaging most of the time.

It’s in the back half where you’ll notice one or two repeated scenes and repetitive scenarios. There’s not much gameplay, so you’ll quickly identify when you’re having to repeat an interaction. It’s all about furthering subplots, though, and they make it worth it.

A small amount of texture pop-in aside, a very strong visual style makes Road 96 a delight to look at. Striking character art enunciates facial features, while environments and background vistas look beautiful. With a great soundtrack to boot, the game has an incredibly strong style. When the characters you meet along the way are just as striking in their conversations and political and social beliefs, Road 96 succeeds at weaving multiple tales through the lives of teens that just want to get the hell out.